Free Books in the Kitchen

So I'm at work, and our receptionist sends out an email saying "Free books in the kitchen!" and I was up and on my way to the kitchen faster than if she had said "free cake!"  And mind you, I'm pretty quick when cake and cookies are being offered.

It was mostly young adult and kids books, but I nabbed a paperback of Rob Roy, which I've been meaning to read for ages, and The Cricket in Times Square, which I will set aside for when I eventually have grandkids, having been utterly neglectful and not reading it to my own children while they were young enough to enjoy it.

Are you kidding me!? 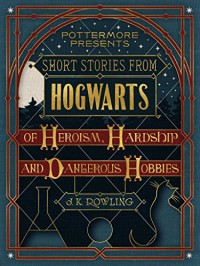 THREE new Harry Potter stories! How awesome is that!

I'm not a social animal. That is, I'm not anti-social, I don't actively repel people - not intentionally anyway - I'm just not good in rooms full of people I don't know and/or like. 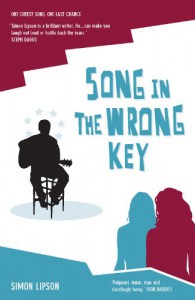 The ladies in person. Fuzzy picture because they weren't allowed to pose :(

I was so excited as they walked in that I didn't even realize I had started crying until I felt something cold on my cheek and when I went to feel it, I realized tears were streaming down my face.

Link to my review

The best moments in reading are when you come across something – a thought, a feeling, a way of looking at things – which you had thought special and particular to you. Now here it is, set down by someone else, a person you have never met, someone even who is long dead. And it is as if a hand has come out and taken yours. I TRUST THAT GOD WILL HELP ME, BECAUSE WHAT I’M SUPPOSED TO DO LOOKS VERY HARD. For some time now she has had the conviction that life is about to change if only because it must. . . . “The key is to keep company only with people who uplift you, whose presence calls forth your best.” A very enlightening history of the early days of the LA punk scene, told by the people who lived through it - John Doe and Exene Cervenka of X, Jane Weidlin and Charlotte Caffey of the Go-Go's, Henry Rollins of Black Flag, members of other local bands and others who acted as journalists and photographers who captured that brief moment in time before punk became infamous.

I was just becoming socially aware as the events described in the book came to an end, so the punk scene which had evolved by then was vastly different (thanks O.C.!) from it's humble origins. Punk wasn't a type of music, it was a form of artistic expression. It didn't seem to matter if you knew how to play or could carry a tune, as long as you had a message. There was one memorable passage where someone described how each performance was unique because they were literally lacked the skill to play their songs the same way each time. It was a very welcoming, inclusive, fun and expressive movement. Some of the writers recounted sadly how things changed when their tight-knit Hollywood community started being infiltrated by the violent intruders from Orange County. Others didn't seem to mind the change as much.

In any event, by the time I came of age, the interlopers from Orange County had turned the LA punk scene into what everyone imagines when they hear punk - loud, fast, angry music, venues that were prone to violence, and a fan base that was looking to start trouble. If only I'd been five years older, it sounds like just the sort of thing I would have loved! But then again, given how much of a dork I was, I probably would have gotten into disco scene instead! I was assigned this book in high school. I hated it so much I was unable to finish it. Given how well loved this book is, I figured I needed to give it another try as an adult. The perfect opportunity came when it became the first book in the David Bowie Book Club.

So what do I think now? Well, at least I was able to finish it this time around. As social commentary, I suppose it's an important book, but I didn't find it particularly compelling as fiction. The prose was sparse, the characterizations poor, and the story was a little too over the top to be believable. A thoroughly satisfying feel-good book, which the author somehow managed to deliver despite the chilling presence of some of the worst child abuse imaginable. Totally predictable. I wish I could say there was one revelation that I didn't see coming, but there wasn't. I pretty much had it all figured out by 1/3 of the way through the book. The only reason I kept reading was because I liked the characters (except for Ed - I absolutely loathed him) and I wanted to see how each characters' fate would be revealed.

Also, the whole prayer/faith aspect of the story was a little too heavy handed.